Listen to one of the most memorable monologues from NYPD Blue. Commentary by the writer.

You are the River

Interview with Ken Wilber on interiority and non-dual consciousness in Salon:

This raises a fundamental question about the whole mind-brain problem. Virtually all neuroscientists say the mind is nothing more than a 3-pound mass of firing neurons and electrochemical surges in the brain. Why do you think this view is wrong?
It reduces everything. And you can make no distinctions of value. There's no such thing as love is better than hate, or a moral impulse is better than an immoral impulse. All those value distinctions are erased.

But is that scientific view wrong?

At this point, you enter the philosophy of science, and the argument is endless. Is there nothing but physical stuff in the universe? Or is there some sort of interiority? We're not talking about ghosts and goblins and souls and all that kind of stuff. Just: Is there interiority? Is there an inside to the universe? And if there is interiority, then that is where consciousness resides.

You can't see it, but it's real. This is the claim that phenomenology makes. For example, you and I are attempting to reach mutual understanding right now. And we say, aha, I understand what you're saying. But you can't point to that understanding. Where does it exist? But if you take a phenomenology of our interior states, then you look at them as being real in themselves. And that's where values lie and meaning lies. If you try to reduce those to matter, you not only lose all those distinctions, but you can't even make the claim that some are right and some are wrong.

Email ThisBlogThis!Share to TwitterShare to FacebookShare to Pinterest
Labels: Thinkers

Design autopsy on Monocle's first year as a multimedia effort.

I have a very different opinion of Monocle's first year; one that is closer to Adam Greenfield's. In short, what I wanted was the second coming of Wallpaper*, redone as a smarter, more in-depth Economist. Instead, Monocle ended up being a boring magazine, lacking the "essential" character it claimed to seek and giving poor value for the subscription price.
Posted by scott at 12:20 PM No comments: 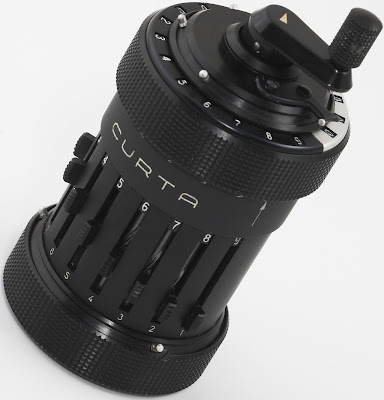 "Honestly, I think a lot of people are more excited to see Kelly Clarkson," admits 16 year-old Stephanie LaGumina, who will attend the rally along with 100 of her female classmates from The Ursuline School in New Rochelle, N.Y. In a group interview with four of them earlier this week, they spoke of a strong desire for Benedict to speak directly to young people but also a deep disconnect that many in their generation feel with the church, particularly with this pope. "It's important for him to see how the faith relates to us, and I'm not sure that he does," said 17-year-old Gianna Caiola. "We're the future of the faith, and if you lose us now, there will be nothing left." Added LaGumina, "I know a lot of guys who have said they would be more interested in going to seminary if John Paul was still pope."

I Want to Be Left Behind. Fundamentalists have websites that allow them to leave their Earthly possessions to non-Raptured friends, should the End Times begin anytime soon.
Posted by scott at 12:30 PM No comments:

This is the truth: you can do a lot with the time you spend watching television. 2,000 Wikipedia projects a year, according to Clay Shirky. A shedload of World of Warcraft.

Several years ago, I wrote a novel with my spare time spent not watching television. People asked me "where did you find the time?" C'mon, people, it takes maybe an hour a day, tops, to write 1,000 words a day. If you can do that every day, you have the 1st draft of a 100-200,000 word novel in 3-6 months. It may well be crap, but you've got it laid down like a brick wall. Then, you just have to spend the rest of the year, an hour or so a day Photoshopping it to your liking.

Or, you can write articles about Pluto with your free time:

[S]he shook her head and said, "Where do people find the time?" That was her question. And I just kind of snapped. And I said, "No one who works in TV gets to ask that question. You know where the time comes from. It comes from the cognitive surplus you've been masking for 50 years."

So how big is that surplus? So if you take Wikipedia as a kind of unit, all of Wikipedia, the whole project--every page, every edit, every talk page, every line of code, in every language that Wikipedia exists in--that represents something like the cumulation of 100 million hours of human thought. I worked this out with Martin Wattenberg at IBM; it's a back-of-the-envelope calculation, but it's the right order of magnitude, about 100 million hours of thought.

And television watching? Two hundred billion hours, in the U.S. alone, every year. Put another way, now that we have a unit, that's 2,000 Wikipedia projects a year spent watching television. Or put still another way, in the U.S., we spend 100 million hours every weekend, just watching the ads. This is a pretty big surplus. People asking, "Where do they find the time?" when they're looking at things like Wikipedia don't understand how tiny that entire project is, as a carve-out of this asset that's finally being dragged into what Tim calls an architecture of participation.

Now, the interesting thing about a surplus like that is that society doesn't know what to do with it at first--hence the gin, hence the sitcoms. Because if people knew what to do with a surplus with reference to the existing social institutions, then it wouldn't be a surplus, would it? It's precisely when no one has any idea how to deploy something that people have to start experimenting with it, in order for the surplus to get integrated, and the course of that integration can transform society.

The early phase for taking advantage of this cognitive surplus, the phase I think we're still in, is all special cases. The physics of participation is much more like the physics of weather than it is like the physics of gravity. We know all the forces that combine to make these kinds of things work: there's an interesting community over here, there's an interesting sharing model over there, those people are collaborating on open source software. But despite knowing the inputs, we can't predict the outputs yet because there's so much complexity.


(via boingboing)
Posted by scott at 9:18 AM No comments:

Email ThisBlogThis!Share to TwitterShare to FacebookShare to Pinterest
Labels: Thinkers

City in the Fog 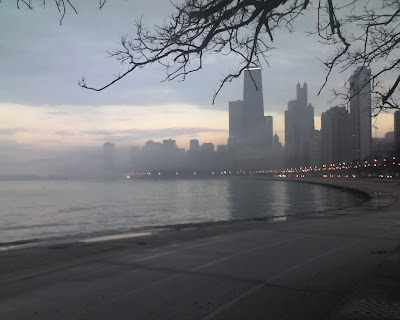 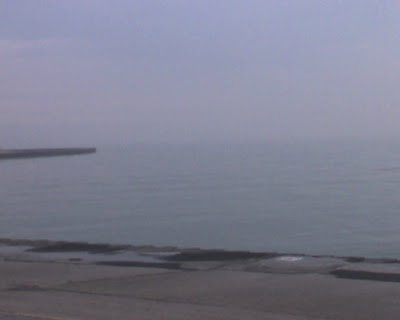 Email ThisBlogThis!Share to TwitterShare to FacebookShare to Pinterest
Labels: Photo


Bruce Sterling from Innovationsforum on Vimeo
Posted by scott at 4:16 PM No comments:

Ten Things Karl Lagerfeld Can Do Without, including:

These things are "boring" and/or "demode". That is all.

He also makes a number of good points about why Bear Stearns sold out (Treasury probably strong armed the execs) and discusses the importance of speedy shake-outs of bad assets in avoiding a repeat of the Japanese zombie bank situation.

Previous interview with the same person.
Posted by scott at 11:50 AM No comments:

Email ThisBlogThis!Share to TwitterShare to FacebookShare to Pinterest
Labels: Economics

Watched 8 hours of Petraeus testimony. Nothing will change in Iraq until this administration is replaced, and then everything will move quickly.

Made Vietnamese beef stew for dinner. Watched part of Casino Royale with Mark.
Posted by scott at 2:05 PM No comments: