My aunt Mariana "Sere" Gosnell died three years ago, after a long and exciting life. For many years, she worked for Newsweek, primarily working as an editor in the Science and Medicine section. She was also a world traveler, pilot, photographer and wonderful human being. This spring, Deborah Acosta, a reporter for the New York Times, called to tell me that she'd found a cache of Aunt Sere's pictures outside of a storage facility in New York. Here's the story of how she tracked down the owner of these pictures and the reason they had been cleaned out of the storage space. More here

Kevin Kelly spends a lot of time thinking about the future. He once spent six months imagining that he only had six months to live (and keeps a timer on his own life expectancy), and co-founded the Long Now foundation, built around the idea of a 10,000 year clock to promote very long term thinking. His current book, The Inevitable: Understanding the Twelve Technological Forces that will Shape Our Future, deals with the future that is happening now, the ongoing future, the one William Gibson says is already here, just not evenly distributed yet. He is the co-founder and current Chief Maverick of Wired, and is a prolific writer, publisher, photographer and founder of group projects, including the Cool Tools book and website, The Silver Cord, a crowdfunded graphic novel about angels, and the Quantified Self meetups.
Today, we talk about how to think about the future, why people choose personalization over privacy, what it might mean to look through someone else's eyes for a day, and why the artificial intelligences in your future won't be what you expect. 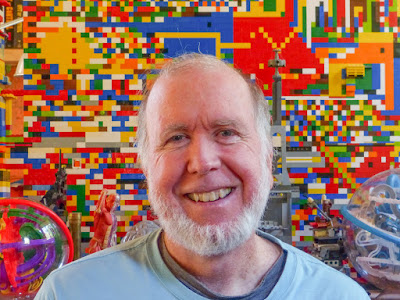 Michelle Warnky is the owner of Movement Lab Ohio, a competitor in obstacle races and a traceusse de  parkour (a parkour freerunner). You can see her on American Ninja Warrior, where she's one of a small group of successful repeat competitors, and you can learn how to be a ninja in your own life at her gym. 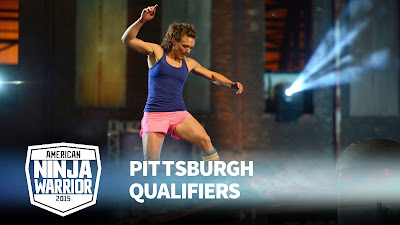 Today, we talk about her experience as an English teacher in Kazakhstan, how to develop the skills you need to move your body through obstacles, and how she's balanced her roles as solo competitor, teacher and business owner.

Who are all these Trump supporters?

He wings it because winging it serves his purpose. He is not trying to persuade, detail, or prove: he is trying to thrill, agitate, be liked, be loved, here and now. He is trying to make energy. (At one point in his San Jose speech, he endearingly fumbles with a sheaf of “statistics,” reads a few, fondly but slightingly mentions the loyal, hapless statistician who compiled them, then seems unable to go on, afraid he might be boring us.)

And make energy he does. It flows out of him, as if channeled in thousands of micro wires, enters the minds of his followers: their cheers go ragged and hoarse, chanting erupts, a look of religious zeal may flash across the face of some non-chanter, who is finally getting, in response to a question long nursed in private, exactly the answer he’s been craving. One such person stays in my memory from a rally in Fountain Hills, Arizona, in March: a solidly built man in his mid-forties, wearing, in the crazy heat, a long-sleeved black shirt, who, as Trump spoke, worked himself into a state of riveted, silent concentration-fury, the rally equivalent of someone at church gazing fixedly down at the pew before him, nodding, Yes, yes, yes.