We sense and experience that we are eternal. For the mind no less senses those things which it conceives in understanding that those which it has in memory. For the eyes of the mind by which it sees things and observes them are proofs. So although we do not remember that we existed before the body, we sense nevertheless that our mind in so far as in involves the essence of the body under a species of eternity is eternal and its existence cannot be defined by time or explained by duration. 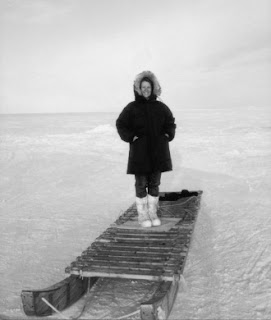 We miss you already, and always will.
Posted by scott at 8:52 PM No comments:

Email ThisBlogThis!Share to TwitterShare to FacebookShare to Pinterest
Labels: obits

What Does Karl Lagerfeld Do All Day?

Drink a lot of Diet Coke, apparently.
Posted by scott at 8:09 PM No comments:

Jonah Lehrer wonders how 5th century BCE Athens and 16th century Florence became such hotbeds of genius, and comes up with a three part plan: 1) people mixing, where lots of people and ideas are constantly on the move, 2) promote education and other "meta innovations" and 3) support risk-taking.

As T. S. Eliot once remarked, the great ages did not contain more talent. They wasted less.

Check out the rest of the article in Wired. He's got a forthcoming book on creativity as well. I've already pre-ordered my copy.
Posted by scott at 4:04 PM No comments:

Adam Swartzbaugh of the Genesis Network (and the US Army) stopped by Kenyon (and OSU) to talk about social entrepreneurship. He was a big hit with the students, in part because he talked about how his failures and setbacks motivated him to succeed, and in part because he put the responsibility for taking action on the audience.


Elsewhere: interviews with Adam in the Collegian before and after his visit.
Posted by scott at 2:38 PM No comments:

Now you can see the secret ACTA treaty* online, thanks to Darrell Issa. Read it here. What a nasty piece of work it is, too. Similar to the SOPA/PIPA acts in intent, it's been pushed forward through closed international trade negotiations. No wonder they haven't let it hit the light of day until now.


*or It's-Not-a-Treaty-It's-an-Agreement, as the government seems to think. Good luck with that one, guys. It looks like a treaty to everybody else, acts like a treaty, and is therefore...a treaty.
Posted by scott at 1:01 PM No comments: