It is pleasant to remind you again how Democritus, when he was at the point of death, to gratify the wishes of his friends retained his spirit for four days by the smell of hot loaves; he would have kept his spirit even longer if only it had pleased him to do so. There are also those who say that he did this by the smell of honey. I think that if he used honey at all, he poured it, liquefied with white wine, into the hot loaves. For the odor of honey is not to be scorned; for it is the flower of flowers; it nourishes considerably by its very sweetness; moreover, by its quality things are kept for a long time whole from putrefecation. And so if anyone knows how to eat honey, even as a food, so as not to fill up his passages with too much sweetness nor to augment choler with its heat, he will possess a sure support for a longer life.

After $5M and who knows how many lives wasted, the Army is dumping a useless pixellated camouflage it adopted to copy the Marines. What they should have done, and what the Marines did, is go to Home Depot:

The Army’s camouflage researchers say the story of the universal pattern’s origins begins when they helped develop a similarly pixilated camouflage now worn by the Marine Corps. That pattern, known as MARPAT, first appeared in 2002 after being selected from among dozens of candidates and receiving plenty of input from Marines on the ground at the sniper school in Quantico, Va. The Marines even found one of the baseline colors themselves, an earth tone now called Coyote Brown.

“They went to Home Depot, looked at paint swatches, and said, ‘We want that color,’ ” said Anabelle Dugas, a textile technologist at Natick who helped develop the pattern. That particular hue, she added, was part of a paint series then sold by Ralph Lauren.

Email ThisBlogThis!Share to TwitterShare to FacebookShare to Pinterest
Labels: style, war and military

Greg Laswell - Come Back Down

What I'm listening to right now, on continuous loop:

The Neurocritic has a nice little post up about a recent case of a woman whose texting went up by 1,333% during a manic period, to about 200 a day.

I often feel like I could use a little hypergraphia. I've got a pair of books I'm working on, but my ability to not write is without limit.
Posted by scott at 3:17 PM No comments:

Email ThisBlogThis!Share to TwitterShare to FacebookShare to Pinterest
Labels: psychology

Email ThisBlogThis!Share to TwitterShare to FacebookShare to Pinterest
Labels: cool 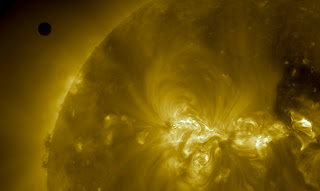