Live from the Columbus Idea Foundry makerspace and incubator, I talk with Alex Bandar about protoyping products, neighborhoods, cities and the Idea Foundry itself.

Alex Bandar is an engineer with a specialization in materials science and computer assisted design. In 2008, he founded the Columbus Idea Foundry, which has recently moved into a new and larger space, becoming the largest makerspace in the country. It is an anchor for the redevelopment of the Franklinton neighborhood of Columbus, and an important part of the Columbus entrepreneurial ecosystem.

September 19th and 20th, 2015, the CIF will take part in the Independents' Weekend and will hold an open house as part of the event. If you're in their neighborhood, please stop by for a visit.

The Four Hour Workweek Tim Ferriss
Posted by scott at 9:48 PM No comments:

Over on Twitter, Mattermark's Danielle Morrill is laying down some good tips for founders who are out pitching for A Rounds.
Posted by scott at 5:53 PM No comments: 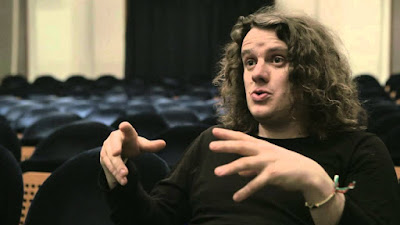 Ed Cooke is a Memory Grandmaster and CEO of Memrise, a company dedicated to making you better at learning and memory. Today, we talk about ways to maximize your memory, how get more out of life by paying better attention to it, and the Epicurian value of having good friends around you in life and work.