By the rising of the sun, DeLong refutes Nagel's proposition that the human mind has privileged access to objective reality, that consciousness is not the product of evolution in a physical context, and that Nagel knows what the hell he's trying to prove. The discussion continues here. DeLong, not content to disabuse false-thinking economists, has embarked on correcting false-thinking philosophers:


Thomas Nagel argued that his reason could not have been the result of blind Darwinian evolution. He said:
I responded that he knew nothing of the kind:

While I am entirely sympathetic to and willing to entertain the position that consciousness is a fundamental entity, even without physical instantiation, and that we are indeed angelic beings inserted into the meat, I think that Nagel has failed to prove such a position, and has in fact tripped over his own feet in an attempt to do so. Point to DeLong.
Posted by scott at 6:47 PM No comments:

Lest You Think Your Thanksgiving Feast Too Large

In the restaurant on the Rue Saint-Augustin, Parisian actor and gourmand Yves Mirande would dazzle his juniors, French and American, by dispatching a lunch of raw Bayonne ham and fresh figs, a hot sausage in crust, spindles of filleted pike in a rich rose sauce Nantua, a leg of lamb larded with anchovies, artichokes on a pedestal of foie gras, and four or five kinds of cheese, with a good bottle of Bordeaux and one of champagne, after which he would call for the Armagnac and remind Madame to have ready for dinner the larks and ortolans she had promised him, with a few langoustes and a turbot — and, of course, a fine civet made from the marcassin, or young wild boar, that the lover of the leading lady in his current production had sent up from his estate in the Sologne. "And while I think of it," I once heard him say, "we haven't had any woodcock for days, or truffles baked in the ashes, and the cellar is becoming a disgrace — no more '34s and hardly any '37s. Last week, I had to offer my publisher a bottle that was far too good for him, simply because there was nothing between the insulting and the superlative."
-AJ Liebling
Between Meals
Posted by scott at 10:33 AM No comments:

I'm not a scientist, man. I don't know whether the Earth is a sphere revolving around the Sun, or if the world is flat, and the Sun is just some guy in a glowing chariot flying overhead. All I know is that one of his horses pooped on my lawn once, and that I flew from Florida to Iowa in the dead of winter for reasons having nothing to do with the scenery.
Posted by scott at 7:27 AM No comments:

Email ThisBlogThis!Share to TwitterShare to FacebookShare to Pinterest
Labels: humor


The 600 Years from the macula on Vimeo. 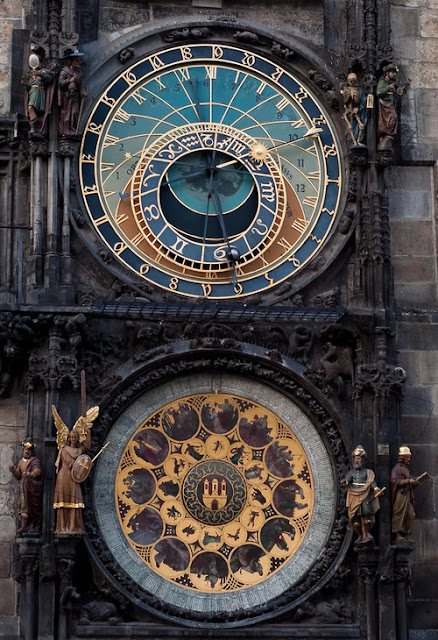 Photo: Andrebnu on Flickr
The Prague Astronomical Clock, built 602 years ago into the walls of the old Town Hall, expanded and rebuilt multiple times, tracks the sun, moon, zodiac, standard time, the twelve hour variable day, the calendar, and other variables, and features moving figues of the twelve apostles, cardinal virtues and vices, and animals.

For its 600th anniversary, the city of Prague put on this display.

(via The Long Now Foundation)
Posted by scott at 9:14 AM No comments:

Zola Jesus at the Guggenheim

(via Pitchfork)
Posted by scott at 8:55 AM No comments:

I was recently asked the following question on Facebook by a high school classmate of mine:


In 2011 the fed gov collected $2.303 trillion in tax revenue. Interest on debt that year totaled $454.4 billion, mandatory spending (read entitlements required to be paid by law) totaled $2.025 trillion. So mandatory spending plus interest on debt exceeded total revenue by $176.4 billion, that is without one dollar being spent on discretionary gov (read military, DHS, FBI, CIA, education, energy, etc.). In 2012 the shortfall increased 43% to $251.8 billion. So what is BO going to do to fix this?

This is my answer:

Ok, so when we think about deficit reduction, I always like to start with a graph from the Center for Budget Policy and Priorities. (cbpp.org) Graph is here. and shows that there are, in 2012, three major factors driving the deficits: a war (mainly in AFPAK currently), the Bush tax cuts, and the economic downturn + economic recovery measures. So, the three things he should do is end the war(s) in AFPAK, end the Bush tax cuts (for everybody, or at least on the top earners), and do more stimulus in the form of infrastructure purchases (e.g., rebuilding after the hurricane). That last will push up the deficit in the close years, but shrinks the impact of the economic downturn overall. The remaining deficit is a rounding error.

Now, what has he done? He's moved toward an exit for most of the troops in AFPAK. He's pushing a jobs bill of some sort, which is a wait-and-see proposition. He could do nothing on the fiscal cliff and close a big chunk of the remaining deficit, but I suppose he & Congress will cut some sort of foolish deal on that. If we're lucky, they'll rearrange the defense cuts to fall on the programs the Pentagon has been trying to get rid of for a while now, and keep just the 3% tax hike above $250k, plus a similar bump on cap gains & dividends.

In the out years, past 2030, the biggest driver is expected to be healthcare costs, so the Obamacare health cost controls are a first try at reining those in--if healthcare keeps growing as it is, we're all in serious trouble. Social Security needs some rejiggering, ideally by adjusting the maximum payroll tax to whatever it would have been if they'd passed inflation-based increases like they were supposed to over the past 40 years. 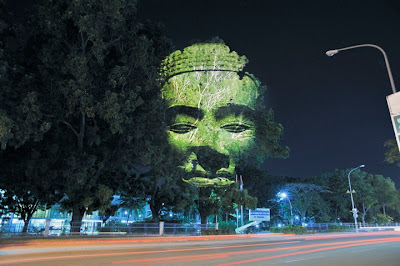 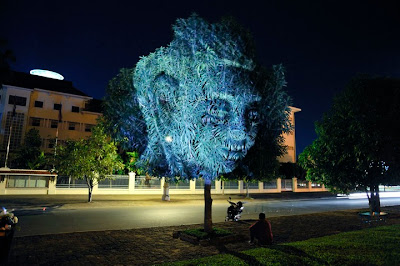 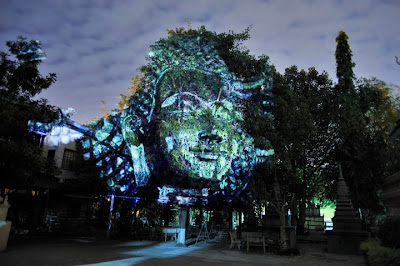 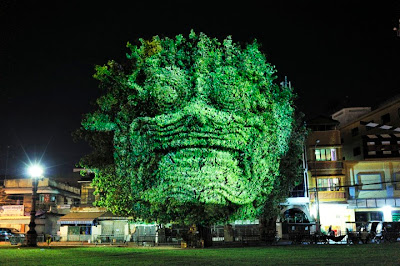 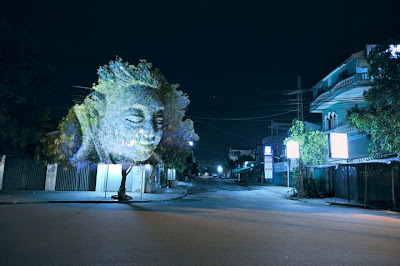 (via This Isn't Happiness)
Posted by scott at 9:35 AM No comments:

Do It With a Rock Star

You see, liberal America, what you have done to this country? ...and may I say, well done.
Posted by scott at 6:42 PM No comments:

The Low Anthem - To Ohio

For those of you with a difficult-to-shop-for hunter of the undead on your Christmas list, here's a handy little gift guide. I'm a little surprised by how much of this is available on Amazon.

Email ThisBlogThis!Share to TwitterShare to FacebookShare to Pinterest
Labels: stuff

The Desert of the Real

Andrew Solomon's NYT article on the family life of prodigies has a lot of good material in it; it avoids a lot of the cliches about prodigies, while also avoiding the cliche about avoiding the cliches. This quote from pianist Ken Noda struck a particular chord, as it deals with the lifelong developmental challenges faced by anyone in their creative life:


“Young people like romance stories and war stories and good-and-evil stories and old movies because their emotional life mostly is and should be fantasy,” says Ken Noda, a great piano prodigy in his day who gave up public performance and now works at the Metropolitan Opera. “They put that fantasized emotion into their playing, and it is very convincing. I had an amazing capacity for imagining these feelings, and that’s part of what talent is. But it dries up, in everyone. That’s why so many prodigies have midlife crises in their late teens or early 20s. If our imagination is not replenished with experience, the ability to reproduce these feelings in one’s playing gradually diminishes.”

The difficulty faced by the families of prodigious children is how to balance feeding the talent against feeding the person who has the talent. I'm reminded of an article by Cynthia Gorney about Rafael Nadal (discussed elsewhere in BRS), which mentioned that his uncle trained him to be not just a great tennis player, but also a gentleman and decent human being, and that both of them were of the opinion that if you couldn't be the latter things, then being a great tennis player wouldn't be worth it. There has to be something that helps bridge across the desert.
Posted by scott at 10:05 AM No comments: