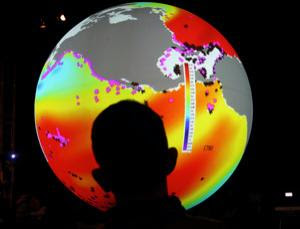 After the hacked emails of Climategate, the team at New Scientist not only showed that the scientific conclusions behind global warming, they've also published a handy reference to 10 debunked denier theories:

In 1991, the journal Science published a paper by researchers Eigil Friis-Christensen and Knud Lassen, then at the Danish Meteorological Institute in Copenhagen. It included graphs that appeared to show a remarkably close correlation between solar activity and terrestrial temperatures – suggesting that other factors, such as carbon dioxide levels, have little influence on global temperatures.

The graphs were seized on by climate change sceptics and have been widely reproduced ever since. But according to Peter Laut of the Technical University of Denmark in Lyngby, the close correlations in the original graphs, and in updated versions published in 1995 and 2000, exist only because of what he describes as a "pattern of strange errors".