Helen DeWitt is the author of The Last Samurai, Lightning Rods, and, with Ilya Gridnef, Your Name Here. The Last Samurai, originally released by Miramax Books in 2000, is being released in a new edition by New Directions in May 2016. For many years, the book was passed along in secondhand copies among cognoscenti, and I'm glad to see it back in print.


Sibylla, a single mother from a long line of frustrated talents, has unusual ideas about child rearing. Yo Yo Ma started piano at the age of two; her son starts at three. J.S.Mill learned Greek at three; Ludo starts at four, reading Homer as they travel round and round the Circle Line. A fatherless boy needs male role models; so she plays the film of Seven Samurai as a running backdrop to his childhood. While Sibylla types out back copies of Carpworld to pay the rent, Ludo, aged five, moves on to Hebrew, Arabic and Japanese, aerodynamics and edible insects of the world - they might come in handy, if he can just persuade his mother he's mature enough to know his father's name. He is bound for knowledge of a less manageable sort, not least about his mother's past. And at the heart of the book is the boy's changing relationship with Sibylla - contradictory, touching and tender.

Today, we talk about the desire to choose your own parents, your own publishing team, and your own cafe. 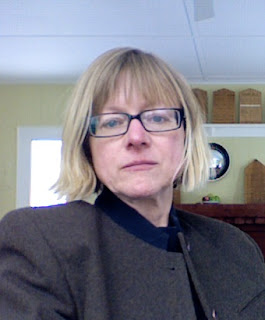 A small correction: in our discussion of coffee drinks at Neues Ufer, the drink served in a small ceramic bowl was incorrectly identified as Kremkaffee; the correct drink name is Milchkaffee. I remember ordering Kaffe Krem in Germany at one point, which I suppose would be coffee-flavored cream. Personally, I've always liked the Dutch phrase for cafe au lait: Koffie verkeerd, "spoiled coffee" or "coffee done wrong".

Over on her site, she mentions some verbal tics of her own that annoy her. I am completely immune to hearing these & think she sounds wonderful. On the other hand, I writhe every time I hear my own voice saying anything on any recording: I always say that I have a face for radio and a voice for silent film.

If you enjoyed this interview, you can also watch a short video interview with Helen by the team over at The Paris Review, done earlier this Spring, but released this month: