In a bizarre modern reinactment of the destruction of the Library of Alexandria, the Egyptian Army and police fired on protestors who attempted to rescue some of the 198,000 volumes contained at Egypt's largest library as the library building burned down. Other protestors had previously thorwn Molotov cocktails onto the neighboring Shura Council building. 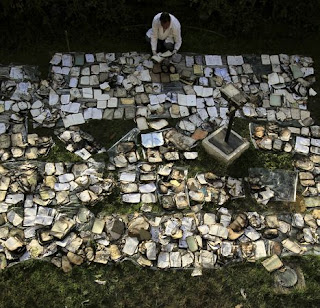