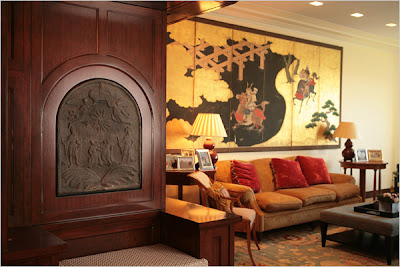 Eric Clough and a team of (sometimes unpaid) artists and artisans built a luxury apartment embedded with secrets:

[S]ome of that furniture and some of those walls conceal secrets — messages, games and treasures — that make up a Rube Goldberg maze of systems and contraptions conceived by a young architectural designer named Eric Clough,
whose ideas about space and domestic living derive more from Buckminster Fuller than Peter Marino. 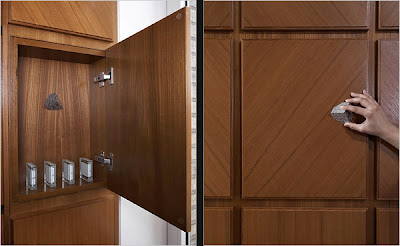 The apartment even comes with its own book, part of which is a fictional narrative that recalls “The Da Vinci Code” (without the funky religion or buckets of blood) and “From the Mixed-Up Files of Mrs. Basil E. Frankweiler,” the children’s classic by E. L. Konigsburg about a brother and a sister who run away to the Metropolitan Museum of Art and discover — and solve — a mystery surrounding a Renaissance sculpture. It has its own soundtrack, too, with contributions by Kate Fenner, a young Canadian singer and songwriter... 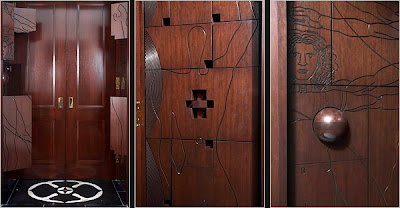 And also Here, in case the NYT loses its mind.