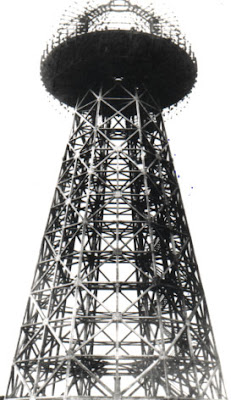 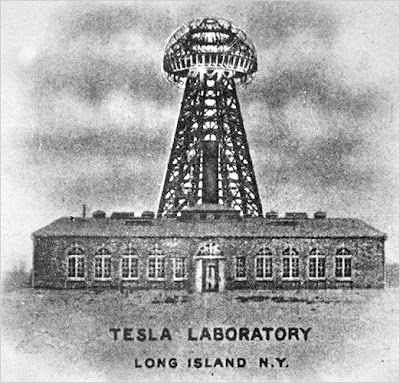 Well, OK, the tower itself is gone, but the laboratory building and battery tanks are there for the taking.
Invetor Nicola Tesla built Wardenclyffe, his prototype radio and power transmission tower on Long Island in 1901-3. Agfa, the current owner, has put it up for sale for $1.6M. A group of Tesla enthusiasts want to buy the site and turn it into a museum.
Back in the day, it was a deeply witchy place. Bolts of electricity "seemed to shoot off into the darkness on some mysterious errand"; locals claimed the cliffs were riddled with mysterious underground passages. Tesla got what you might call "a reputation".
Unfortunately, his reputation didn't include business acumen, and the lab ran out of funds. Instead of villagers with torches and hounds, creditors ransacked the place. The lab passed through a series of owners beginning in 1915; the tower was blown up by Civil Defense during World War II. Now, the question is whether the site will be preserved at all, or levelled and redeveloped.
Posted by scott at 9:49 AM