I Would Have Got Away with It 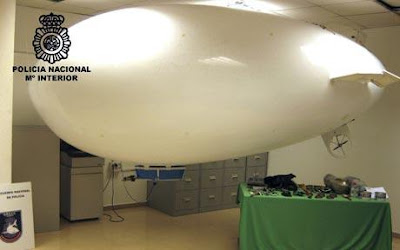 If it weren't for those meddling kids. Police foiled a jailbreak that involved a remote-controlled zeppelin:

Three people have been arrested after their plan to aid the escape of an inmate from prison in Las Palmas on the Canary Islands was discovered by police. They planned to use a 13 foot long remote-controlled airship to deliver night vision goggles, climbing gear and camouflage paint to the Italian convict who would then use the equipment to escape from prison.

Email ThisBlogThis!Share to TwitterShare to FacebookShare to Pinterest
Labels: crime, Zeppelins and Dirigibles